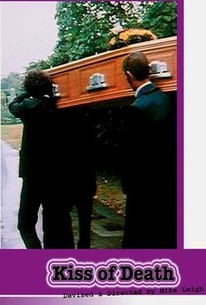 Trevor (David Threlfall) works as an assistant to an undertaker (Clifford Kershaw of Hard Labour). In his spare time, he reads, and he hangs out with his mate, Ronnie (John Wheatley), who works in a supermarket. Ronnie often invites Trevor along when he goes out with his girlfriend, Sandra (Angela Curran). Sandra isn't too happy with this situation, so one day at the pub, she introduces Trevor to her friend, Linda (Kay Adshead). Linda is pretty and sexually aggressive, but she's put off by Trevor's lack of social graces. In particular, Trevor has a goofy nervous giggle that he can't control. Linda agrees to go out with him. They go out to a pub and for a walk, but Trevor doesn't talk much. She asks him to take her to a disco. He refuses. They make a date to go to the movies, and Trevor stands her up. Linda is furious and attacks Trevor when she sees him at the pub. Trevor doesn't seem to care. He tries to arrange for Ronnie to have sex with Sandra at his house while his mother is out, but Ronnie is afraid to tell Sandra about the plan. After an upsetting incident at his job, a confused Trevor shows up at Linda's house. They're momentarily distracted when a neighbor needs assistance with her sick mother. Afterward, Linda tries to get Trevor to kiss her. He agrees to take her to a disco, where a frustrated Linda begins flirting with Ronnie. Mike Leigh's Kiss of Death was originally shown as part of the BBC's acclaimed Play for Today series. ~ Josh Ralske, Rovi

Critic Reviews for Kiss of Death

There are no critic reviews yet for Kiss of Death. Keep checking Rotten Tomatoes for updates!

There are no featured reviews for Kiss of Death at this time.