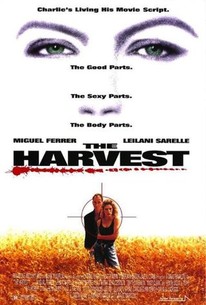 Based on a popular urban myth, The Harvest is about a screenwriter (Miguel Ferrer) who is seduced by a sexy dancer (Leilani Sarelle Ferrer) while he is researching and writing a script in Mexico. She leads him down to the beach, where a group of thugs knock him unconscious. When he wakes up, his kidney is missing! Instead of returning home, he decides to track down the men who stole his kidney.

Critic Reviews for The Harvest

There are no critic reviews yet for The Harvest. Keep checking Rotten Tomatoes for updates!

Audience Reviews for The Harvest

There are no featured audience reviews yet. Click the link below to see what others say about The Harvest!