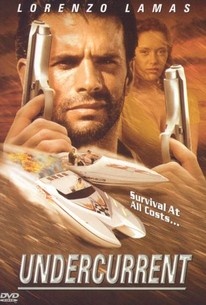 A man needing some easy money finds danger instead in this sexy thriller. Mike Aguayo (Lorenzo Lamas) is a former police detective who has moved to Puerto Rico, where he runs a night club. But business is bad, and Mike is hounded by creditors; in desperate need of some quick money, he accepts an unusual offer from a gangster who wants Mike to seduce his wife. The mobster's logic is that if he can prove Mike and his wife have had sex, he can divorce her as an adulteress. However, when Mike meets the woman in question, he discovers that she has a plan of her own for her husband, and Mike finds himself in deep and dangerous waters.

Gustavo Caballero
as Dealer
View All

There are no critic reviews yet for Undercurrent. Keep checking Rotten Tomatoes for updates!

There are no featured reviews for Undercurrent at this time.