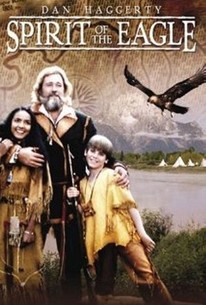 In this wilderness adventure a cartographer and his son head into the wilds to make some maps. They are accompanied by the father's pet eagle. The trouble begins when his son is kidnapped by the villainous One-Eye Hatchett who sells the lad to an Indian village. With the help of his eagle, the father manages to retrieve his son. He and the boy are also befriended by a young Indian girl who ends up following them when a dream tells the father to head West. The film was shot on location in the Oregon wilderness.

Critic Reviews for Spirit of the Eagle

There are no critic reviews yet for Spirit of the Eagle. Keep checking Rotten Tomatoes for updates!

There are no featured reviews for Spirit of the Eagle at this time.

Spirit of the Eagle Quotes