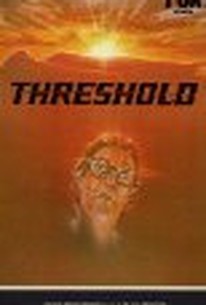 Donald Sutherland plays a brilliant surgeon who becomes a media celebrity after performing an artificial-heart transplant. Jeff Goldblum, inventor of the ersatz heart, likewise basks in the glow of sudden fame. The only person to have reservations about the procedure is heart recipient Mare Winningham, who becomes depressed over the knowledge that she's not altogether human. Several ethical questions are raised and left unresolved; the film assumes that the audience is intelligent and perceptive enough to draw its own conclusions. Released in Canada in 1981, Threshold was not offered an American distribution until after the Barney Clark heart transplant of 1983. ~ Hal Erickson, Rovi

There are no critic reviews yet for Threshold. Keep checking Rotten Tomatoes for updates!

There are no featured audience reviews yet. Click the link below to see what others say about Threshold!