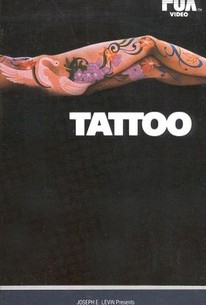 Bruce Dern plays obsessed tattoo artist Karl Kinski who kidnaps attractive model Maddy (Maud Adams) and uses her body as his glorified canvas. In an advertisement for this rather misogynistic film was a picture of a woman's bare legs bound at the ankles--which caused much controversy at the time of its release.

Frank Santos
as Sanchez
View All

Tattoo is a flaccid, rancid and astonishingly tedious melodrama making a theatrical appearance before landing on the pay TV screen at 1 or 2 in the morning where it belongs.

Aside from Dern, the only other redeeming value of Tattoo is Arthur Ornitz's evocative camera work.

As Kinksy, Dern offers the best of what he can do, giving us a character who is in some respects, neither man nor monster, but a different species entirely.

As sleazy a viewing experience as one might expect from a movie in which Bruce Dern kidnaps Maud Adams and scribbles all over her.

An effectively creepy psychological thriller with Bruce Dern at his unhinged best.

All involved in this project seem to be in need of some Freudian analysis.