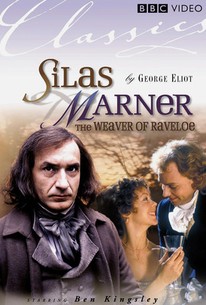 This TV adaptation of George Elliot's 1861 novel Silas Marner was one of the rare single-episode presentations of PBS' Masterpiece Theatre. Ben Kingsley plays Silas Marner, who after being falsely accused of a crime and banished from his own town, becomes a miserly recluse in the small British community of Raveloe. When his precious cache of money is stolen by the town wastrel (Jonathan Coy) Silas can see no reason for going on with life. He is transformed from misanthrope to rehabilitated human being through the love of Eppie, an orphaned child left in his care. Patsy Kensit is featured as the grown-up Eppie. Originally taped in 1985 for the BBC, Silas Marner was first shown in the US on March 15, 1987. ~ Hal Erickson, Rovi

There are no critic reviews yet for Silas Marner. Keep checking Rotten Tomatoes for updates!

Not the best Ben Kingsley film. Not the best Masterpiece Theater production, either. Pretty low quality, possibly from being made in the 80's? Not sure, but I was expecting better on both accounts.