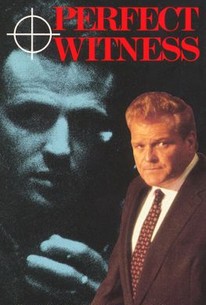 The Perfect Witness is New York restaurant owner Aidan Quinn. After witnessing a mob murder, Quinn does his civic duty by reporting the incident to the authorities. This plunks Quinn into the middle of a power play between the DA and ambitious US attorney Brian Dennehy, who won't let up on the case until he can prove that the murder is part of a larger conspiracy. When mob thugs injure Quinn's son, he asks to be allowed not to testify, whereupon Dennehy jails the poor fellow for obstructing justice. Perfect Witness was first telecast October 28, 1989, over the HBO cable service.

James O'Regan
as Policeman No. 1

Tim Perez
as Agent
View All

There are no critic reviews yet for Perfect Witness. Keep checking Rotten Tomatoes for updates!

There are no featured reviews for Perfect Witness at this time.