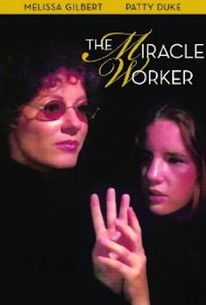 In a casting twist, this remake of Arthur Penn's The Miracle Worker casts Patty Duke, who won an Oscar for her work as Helen Keller in the original, as Annie Sullivan, the woman who taught the deaf and blind Keller sign language. (In Penn's original, Sullivan was portrayed by Anne Bancroft.) The story, however remains the same; through perseverance and a bit of luck, Sullivan teaches Keller first to dress herself, then the sign-language alphabet, then finally the means of communication.

Noniece Williams
as Martha
View All

Critic Reviews for The Miracle Worker

There are no critic reviews yet for The Miracle Worker. Keep checking Rotten Tomatoes for updates!

Audience Reviews for The Miracle Worker

patty is fine but the original is still the one to watch.