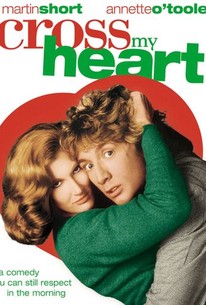 Martin Short and Annette O'Toole star in this comedy documenting a date from hell. Short is David, a sunglasses salesman, who makes a date with Kathy (Annette O'Toole) in order to celebrate his new promotion. David and Kathy have gone out a few times before, but they both think that this is the date that will put both of them over the top, convinced that they have finally found the right person. With anxiety in their hearts, they both prepare anxiously for the date. But there is trouble on the horizon. Before heading out on the date, David discovers that instead of getting a promotion, he has been fired. Afraid that Kathy will think that he is loser, he doesn't tell her that he lost his job. He has also borrowed the car and the apartment of his friend Bruce (Paul Reiser) for the date, permitting her to think that they all belong to him. But Kathy hasn't been entirely truthful to David either. For example, she has conveniently forgotten to tell him about the existence of her seven-year-old daughter.

Lori Hall
as Woman Outside Restaurant

Marti Muller
as Girl in Car

Critic Reviews for Cross My Heart

This material, however promising, would be better suited to an extended skit.

What director Armyan Bernstein does with this premise is courageous and ambitious, but only fitfully successful.

Cross My Heart reveals that honesty is the best policy for dating couples.

It sure isn't great, but Short and O'Toole make a surprisingly charming pair.

Audience Reviews for Cross My Heart