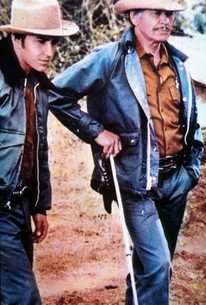 Tough, good-guy, knock'em-out star Charles Bronson has top billing in this action flick as Jeb Maynard, a border patrolman out to get a U.S. corporation for its unsavory exploitation of illegal immigrants. Ed Harris makes one of his earlier appearances in a feature film as Hotchkiss, the ruthless, no-holds-barred criminal who runs Mexicans across the border for money. While he is occupied filling the orders of the corporation, the border patrolman is tightening the net around his activities until everything is in place for an arrest.

Carlos Muñoz
as Driver
View All

Borderline actually creates a few characters with some dimension and avoids villainizing the Mexican immigrants in any way.

There are no featured reviews for Borderline at this time.