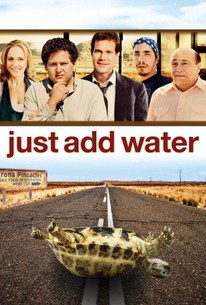 Dylan Walsh, Danny DeVito, Jonah Hill, and Justin Long star in prolific actor-turned-writer/director Hart Bochner's quirky romantic comedy about the efforts of a simple blue collar worker to reconnect with his childhood love and finally clean up his crime infested California neighborhood. Ray Tuckby is a kind-hearted husband and father whose wife suffers from agoraphobia, and whose teenage son simply doesn't fit in socially. As if dealing with his stressful family issues isn't enough for Ray, his community has recently fallen prey to some intimidating drug dealers and a powerful real estate kingpin. Somewhere in the middle of dealing with all of life's little anxieties, however, the put upon Ray learns to reconnect with the power of his youthful dreams. Later, an unexpected encounter with an outside encourages Ray to take on the criminals that are making his life a living hell, and finally summon the courage to connect with pretty checkout girl Nora.

Lucy DeVito
as Wanda
View All

Whimsy and the macabre are the operating systems in Just Add Water, and they're not always complementary.

Walsh nearly redeems the whole thing: His eyes flicker with an intelligence that isn't in the script, and he graces his character with layers of inner life in a film that coasts on surfaces.

As a comedy, it doesn't quite make it... The story is alright, but the acting isn't great and it's pretty cheesy. There are some funny parts and was okay overall.

A dissapointing cheesy 80's movie that had its moments.