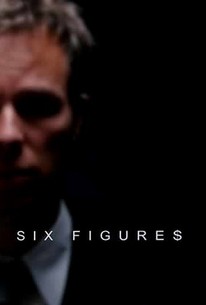 Has the search for a better way of life sent a man into a murderous rage? A seemingly respectable husband and father faces this question in this independent drama. Warner (J.R. Bourne) and Claire (Caroline Cave) are a couple in their mid-thirties who've chosen careers that offer greater emotional rewards than financial benefits, and neither seems to regret that -- Claire helps run an art gallery, while Warner is the director of a non-profit organization. Both make enough money to keep their heads above water, and they have two children they love very much. But when Warner and Claire decide to move into a new home, things begin to change -- Claire falls in love with a house that's more than they can practically afford, and they decide to buy it anyway, sending them deep in debt. While Warner is up for a raise at work, he doesn't get it, and as Claire begins to chafe at their newly strained financial status, Warner turns to his family for help, only to discover how disappointed they are with him. One day, Claire is brutally attacked with a hammer, sending her into the hospital with head trauma, and as police detectives begin investigating the crime, Warner discovers he's become the prime suspect. Claire's mother is convinced Werner is guilty, his parents don't know what to think, and Warner realizes its up to him to prove his innocence to those around him -- including Claire. Six Figures was the first feature film from writer and director David Christensen. ~ Mark Deming, Rovi

Less a conventional whodunit than a trenchant psychological study, with an arresting lead performance by JR Bourne.

Without making its intentions explicit or resorting to extremes, it presents a devastating portrait of the hazards of modern living, where the relentless quest for success and wealth can push the psyche over the edge.

Underwritten and underacted, the movie drags from one long scene to the next. Since the characters all suffer from repressed emotions, we never come to care about any of them.

It's Bourne's subtle and nuanced performance, and not the veiled whodunit nature of the plot that makes Six Figures compelling.

Neither a thriller nor a whodunit, the story is character-driven, clever and creepy.

Not a bad contribution to Canadian cinema by a Calgary filmmaker. It goes to prove that even with a limited budget, you can produce something with true suspense.